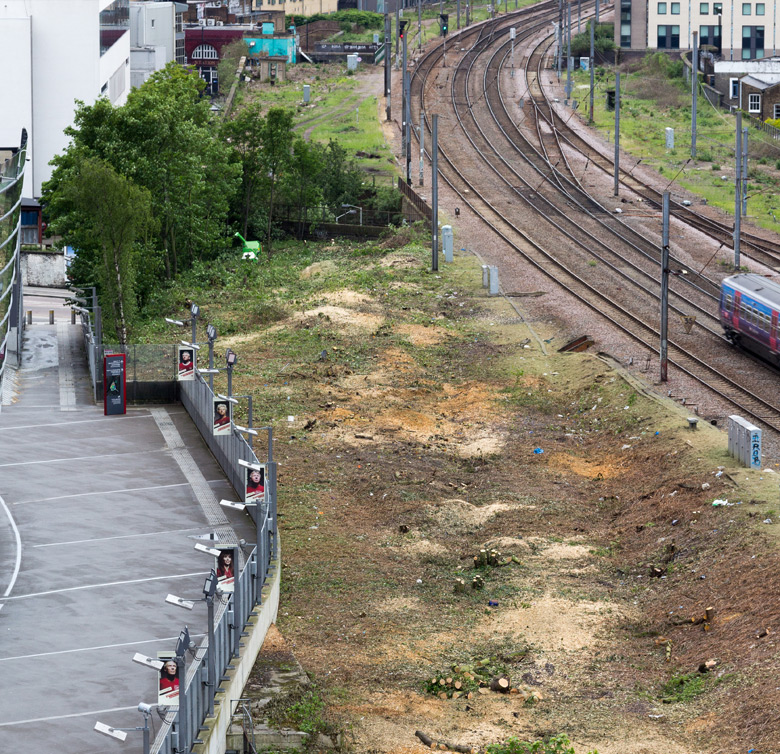 Local people are accusing Network Rail of vandalism. The company claims the recent destruction of trees and wildlife habitat is necessary for health and safety reasons, but does it have to be this bad? It does not stand to common sense to people who live in the area – Drayton Park and Holloway – nor to local councillors, nor to the MP for the constituency, Jeremy Corbyn, who has put a motion to Parliament that condemns Network Rail’s activities and the lack of consultation with Islington Council.

It is not just in Islington that Network Rail is making what many people feel is an exaggerated attack on flora and fauna but in many other parts of Britain, too. Join the national campaign against Network Rail’s approach. Petition No. 10: Sign the E-petition here.

This strip of land is a wildlife corridor, with birds nesting at the time the trees were felled. Network Rail is being insensitive to wildlife, to trees and other vegetation, and to people’s lives – after all, as the photo below shows, the view over trees is similar to looking across ﬁne parkland; now it is in places a wasteland with the threat of more felling to come. 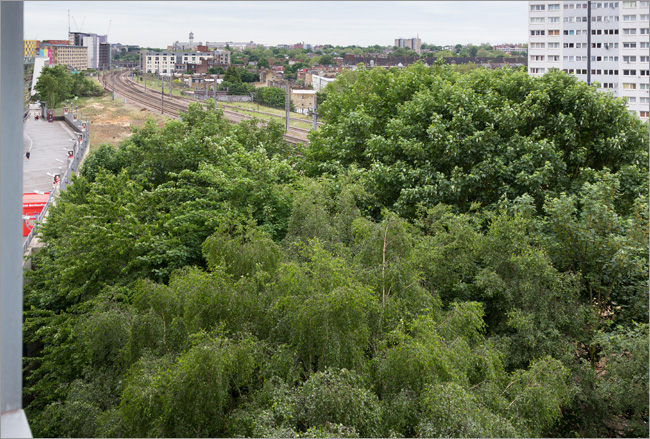 The view from a flat overlooking the railway lines. Beautiful trees that also help quieten the noise of the

railway are under threat of treatment like that showing further up the line. 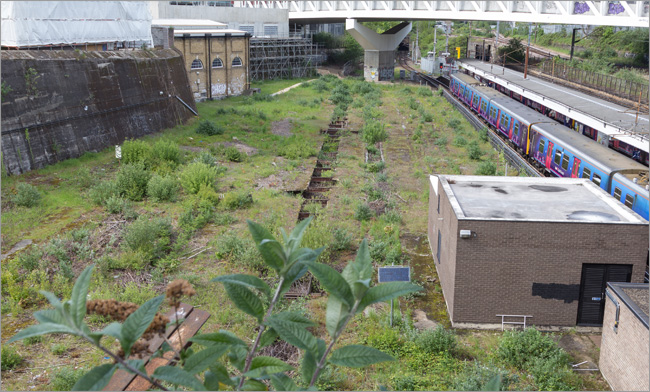 This picture shows the present felling was not the ﬁrst attack on the area in recent times; local people

further down the line at Drayton Park station earlier this year. Network Rail has now broken promises made

after that clearance to consult before future action.