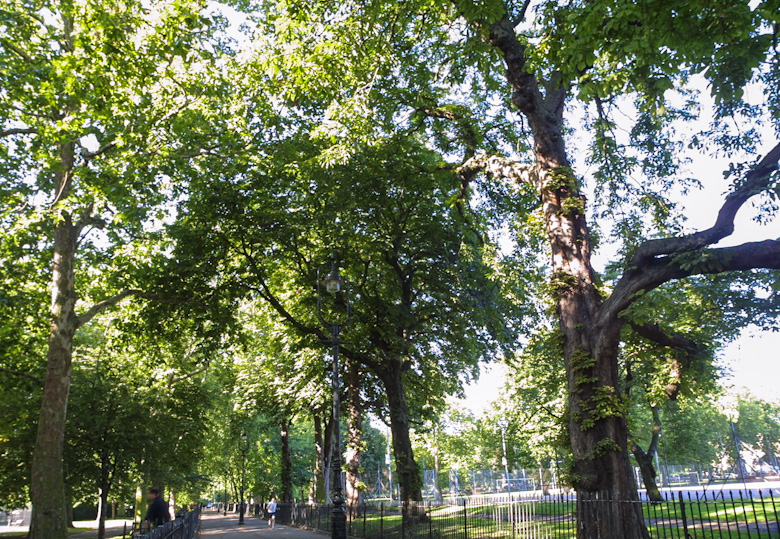 Five of the line of seven horse chestnuts along Church Path, Highbury Fields, in August 2007. The tree on the right can be seen in the right hand photo below. 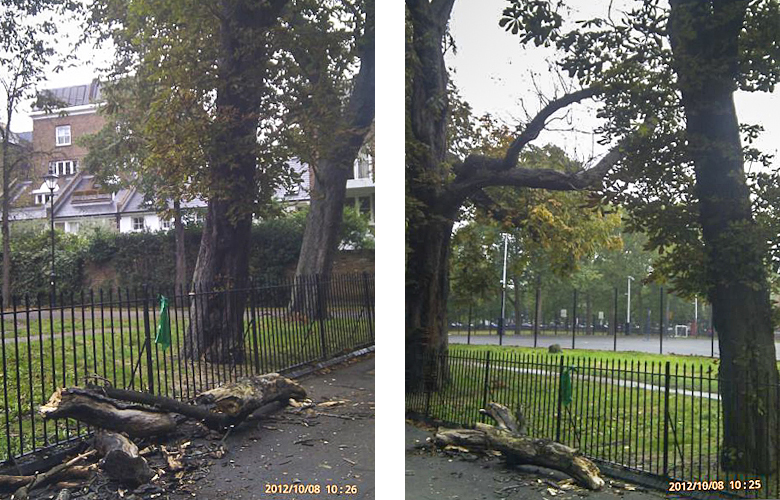 October 8th, 2012. A major branch lying on Church Path after its collapse. The two trees either side of the fallen branch had been in decline for several years. Photos courtesy of Islington Tree Service.

At the beginning of October, 2012, a massive branch of a horse chestnut at Highbury Fields collapsed. Two trees in the line of seven mature horse chestnuts had been ailing for several years and they had been reduced in size periodically for safety's sake. They have now been reduced to mere trunks that will cause no damage while decisions are taken on how to treat them: removal, replanting or leaving them for some years as habitat for invertibrates – beetles and the like. 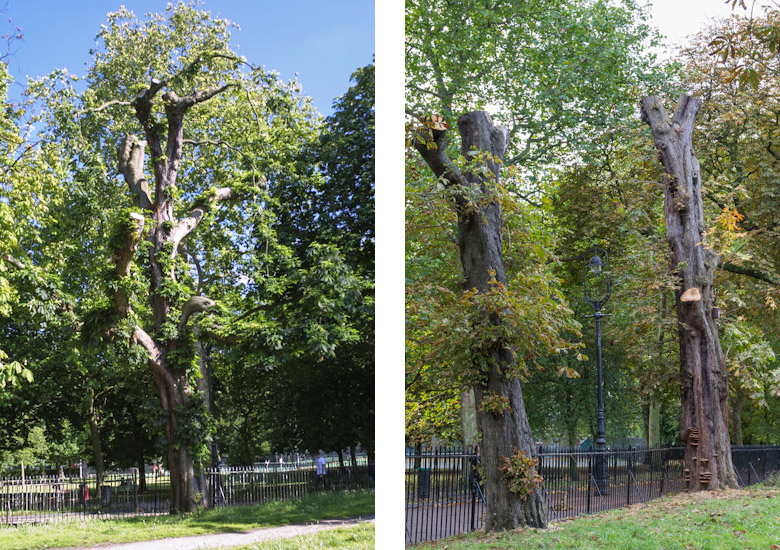 By 2008 the two trees had already been much reduced in size, left, and in October 2012 they have become tall, forlorn stumps. 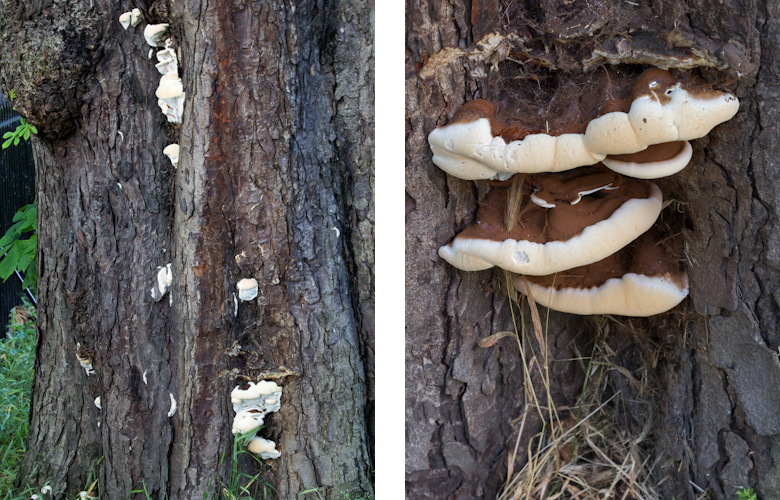 Both trees were showing fungal attack. These photographs show fungal development on one of the trees from mid-June to early July, 2012. Also showing in the left-hand photo is a rust coloured streak, the evidence of a bleeding canker that has become an increasingly common assailant of the species. It has a strong tendency to lead to the death of the tree over several tears. The canker was well-established before the emergence of the fungus.

The remaining five horse chestnuts in the row do not seem to be affected by the disease. Unfortunately, several of the group of younger trees in the Orchard area on the other side of the path are showing signs of canker getting a hold. 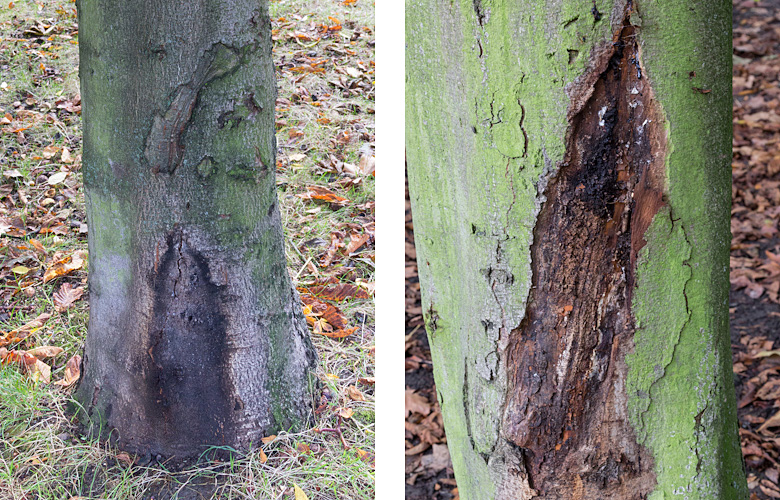 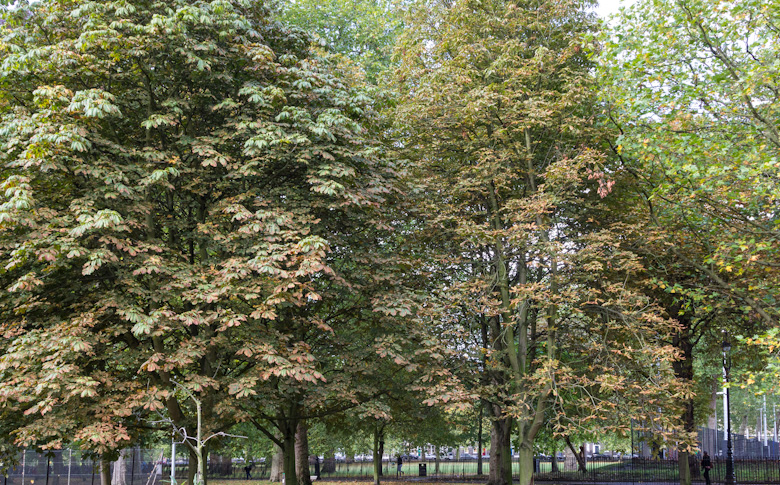 Bleeding canker of this species has increased dramatically in recent years. The Daily Mail reported the case of Barrington Court, Illminster, Somerset, where the National Trust had to fell an avenue of 68 horse chestnuts in 2011. They had been growing for nearly a century. See the Daily Mail article. Apparently, half the country's horse chestnuts are affected by the disease.

and see this page the Forestry Commission’s details of the Horse chestnut leaf miner.